Every year Hindi Diwas or Hindi Day is celebrated in India to commemorate the date on which a compromise was reached, during the drafting of the Constitution of India, on the languages that were to have official status in the Republic of India on 14 September 1949. The compromise, usually called the Munshi-Ayyangar formula, after the drafting committee members, K. M. Munshi and N. Gopalaswami Ayyangar, was voted by the Constituent Assembly of India after three years of debate between two opposing camps. The Hindi protagonists wanted Hindi, written in the devanagari script, to be the sole national language of India while the delegates from South India preferred English to have a place in the Constitution. The Munshi-Ayyangar formula declared Hindi to be the official language of India’s federal government and that English to be an associate official language for 15 years during which Hindi’s formal lexicon would be developed and the international form of the Hindu-Arabic numerals to be the official numerals. The compromise resolution became articles 343–351 of India’s constitution, which went into effect on 26 January 1950. In 1965, when the 15 years were up, the Government of India announced that English would continue to be the de facto formal language of India.

The first Prime Minister of the country, Pandit Jawaharlal Nehru, decided to celebrate Hindi Diwas on September 14. One of the reasons behind celebrating this day is to prevent the increasing trend of the English language in the nation and the neglect of Hindi. Mahatma Gandhi called Hindi the language of the masses and also spoke about making Hindi the national language of the nation and first floated the idea in 1918 during the Hindi Sahitya Sammelan. The Constitution of India recognises Hindi as an official language under Article 343. Officially, the first Hindi Day was celebrated on September 14, 1953. The reason behind adopting Hindi as one of the official languages was to simplify administration in a nation with multiple languages.

To mark Hindi Diwas, the entire week starting from 14 September to 21 September is celebrated as Rajbhasha or State Language Week. Many literary and cultural events are organised on this day across the nation, wherein people celebrate the great works of Hindi literature. The Rajbhasha Kirti Puraskar and the Rajbhasha Gaurav Puraskar awards are also given to ministries, departments, public sector units, nationalised banks and citizens on Hindi Diwas for their contribution and promotion of Hindi. Many schools and colleges organise various literary and cultural programmes, as well as competitions to showcase the importance of the day and raise awareness about the language. The President of India honours people for their contributions to the language at a function held in Delhi’s Vigyan Bhawan.

Hindi Diwas also marks the birth anniversary of Beohar Rajendra Simha, an acclaimed Indian scholar, historian, theologian, littérateur, polyglot, Hindi-stalwart, Sanskritist, Ramayana-authority, Sarvodaya-activist, Gandhian and, to a lesser extent, a journalist and a politician. On his 50th birthday, Hindi was adopted as the official language.

Today, in India alone, according to the 2011 census, 43.6% of speakers identify Hindi as their mother tongue. An Indo-Aryan language that is spoken chiefly in the Hindi Belt region encompassing parts of northern, central, eastern, and western India, Hindi has been described as a standardised and Sanskritised register of the Hindustani language, which itself is based primarily on the Khariboli dialect of Delhi and neighbouring areas of North India. Hindi, written in the Devanagari script, is one of the two official languages of the Government of India, along with English. It is an official language in 9 states and 3 union territories and an additional official language in 3 other states as well as one of the 22 scheduled languages of the country. Apart from the script and formal vocabulary, standard Hindi is mutually intelligible with Standard Urdu, another recognised register of Hindustani as both share a common colloquial base. Hindi is the fourth most-spoken first language in the world, after Mandarin, Spanish and English and Hindi alongside Urdu as Hindustani is the third most-spoken language in the world, after Mandarin and English. The term Hindi is a Persian word and the first poem in the language was written by the famous poet, Amir Khusro. The term Hindi in Persian roughly means the land of the Indus River or belonging to Hind as India is known as in the language.

I remember writing the Rastrabhasha exams while in school and while the first few stages aka Prarthamik and Prarambhik were relatively easy, the last stage or the Pravesh stage was tough. Though it is supposed to be an optional exam, in my school, all of us had to take the exam and get the certificate. I am not sure now, but previously if you worked in the government sector, especially the central government, you had to pass all stages to get promoted beyond a certain level. BB & GG also learnt Hindi as their Mother Tongue language and regular and old readers will know of their struggles and triumphs.

So today, read something in Hindi, watch a Bollywood movie or just speak to someone in the language to commemorate the day. 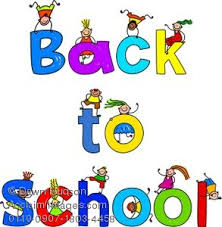 School started today after a week-long break. This is the last term for the year and the most pressured one in terms of moms nagging at children. This is because of the spectre of the Semesteral Assessment 2 which will start from next month!

For me personally this is going to be a real intense 2  months as predictably BB & GG failed in the Common Test for Hindi. They take Hindi as their Mother Tongue language and now I am really worried! This next SA 2 is the make or break test for them. I just don’t know how to get them to learn and love the language. If they find Primary 2 difficult, then what will happen in P3 when the ante ups considerably?

God, if you are listening in or reading this blog, please help me!

On another note, here is an interesting article with a local flavour on the teaching of the English language.

Blast! I had a very good post written in my head and now I can’t remember it! This is crazy.

D & P have their Hindi common test tomorrow and this last week has been crazy with teaching them. They don’t speak the language and it’s compounded by the fact that the school does not give us the syllabus for the term. I really don’t know what to do.

© memoriesandsuch.wordpress.com, [2010 - till date]. Unauthorized use and/or duplication of this material without express and written permission from this blog’s author and/or owner is strictly prohibited. Excerpts and links may be used, provided that full and clear credit is given to memoriesandsuch.wordpress.com with appropriate and specific direction to the original content.