Nation-states often shape the boundaries of historical enquiry, and thus silence the very histories that have sutured nations to territorial states. “India” and “Pakistan” were drawn onto maps in the midst of Partition’s genocidal violence and one of the largest displacements of people in the twentieth century. Yet this historical specificity of decolonization on the very making of a nationalized cartography of modern South Asia has largely gone unexamined.

In this remarkable study based on more than two years of ethnographic and archival research, Vazira Fazila-Yacoobali Zamindar argues that the combined interventions of the two postcolonial states were enormously important in shaping these massive displacements. She examines the long, contentious, and ambivalent process of drawing political boundaries and making distinct nation-states in the midst of this historic chaos.

Zamindar crosses political and conceptual boundaries to bring together oral histories with north Indian Muslim families divided between the two cities of Delhi and Karachi with extensive archival research in previously unexamined Urdu newspapers and government records of India and Pakistan. She juxtaposes the experiences of ordinary people against the bureaucratic interventions of both postcolonial states to manage and control refugees and administer refugee property. As a result, she reveals the surprising history of the making of the western Indo-Pak border, one of the most highly surveillanced in the world, which came to be instituted in response to this refugee crisis, in order to construct national difference where it was the most blurred.

In particular, Zamindar examines the “Muslim question” at the heart of Partition. From the margins and silences of national histories, she draws out the resistance, bewilderment, and marginalization of north Indian Muslims as they came to be pushed out and divided by both emergent nation-states. It is here that Zamindar asks us to stretch our understanding of “Partition violence” to include this long, and in some sense ongoing, bureaucratic violence of postcolonial nationhood, and to place Partition at the heart of a twentieth century of border-making and nation-state formation.

“At that time, there were children you weren’t supposed to play with. You knew why. Their parents had been informers during the war. And it hadn’t been long since you could have got into trouble for singing a song. My grandfather hid all his Bengali poetry in the cellar.

“I was a baby during the war. We stayed inside for months. All my aunts took turns in feeding me. I couldn’t be heard to cry. You see, there were soldiers in the streets. They would have known what a crying baby meant. So I had to be kept silent. No, not everyone came out of the war alive.”

One family’s life, and a nation – Bangladesh – being created through conversation, sacrifice, songs, bonds, blood, bravery and jokes.

A Harvest of Thorns – Corban Addison

In Dhaka, Bangladesh, a garment factory burns to the ground, claiming the lives of hundreds of workers, mostly young women. Amid the rubble, a bystander captures a heart-stopping photograph—a teenage girl lying in the dirt, her body broken by a multi-story fall, and over her mouth a mask of fabric bearing the label of one of America’s largest retailers, Presto Omnishops Corporation.

Eight thousand miles away, at Presto’s headquarters in Virginia, Cameron Alexander, the company’s long-time general counsel, watches the media coverage of the fire in horror, wondering if the damage can be contained. When the photo goes viral, fanning the flames of a decades-old controversy about sweatshops, labour rights, and the ethics of globalization, he launches an investigation into the disaster that will reach farther than he could ever imagine – and threaten everything he has left in the world.

A year later, in Washington, D.C., Joshua Griswold, a disgraced former journalist from the Washington Post, receives an anonymous summons from a corporate whistleblower who offers him confidential information about Presto and the fire. For Griswold, the challenge of exposing Presto’s culpability is irresistible, as is the chance, however slight, at redemption. Deploying his old journalistic skills, he builds a historic case against Presto, setting the stage for a war in the courtroom and in the media that Griswold is determined to win—both to salvage his reputation and to provoke a revolution of conscience in Presto’s boardroom that could transform the fashion industry across the globe.

Fireflies in the Mist – Qurratulain Hyder 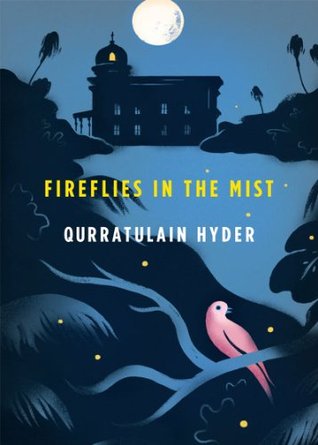 Fireflies follows the creation of modern day Bangladesh – from Indian province, to Partition, to the emergence of statehood – as told through the impassioned voice of Deepali Sarkar and others around her who live through the turbulence. Hyder perceptively and majestically follows the trajectory of Sarkar’s life — from her secluded upbringing in Dhaka to becoming a socialist rebel and to her ultimate transformation as a diasporic Bengali cosmopolitan — in the way that many of yesterday’s revolutionaries are slowly but surely ensnared within a net of class and luxury dangled in front of them.

The Bones of Grace – Tahmima Anam

On the eve of her departure to find the bones of the walking whale—the fossil that provides a missing link in our evolution—Zubaida Haque falls in love with Elijah Strong, a man she meets in a darkened concert hall in Boston. Their connection is immediate and intense, despite their differences: Elijah belongs to a prototypical American family; Zubaida is the adopted daughter of a wealthy Bangladeshi family in Dhaka. When a twist of fate sends her back to her hometown, the inevitable force of society compels her to take a very different path: she marries her childhood best friend and settles into a traditional Bangladeshi life.

While her family is pleased by her obedience, Zubaida seethes with discontent. Desperate to finally free herself from her familial constraints, she moves to Chittagong to work on a documentary film about the infamous beaches where ships are destroyed, and their remains salvaged by locals who depend on the goods for their survival. Among them is Anwar, a ship breaker whose story holds a key that will unlock the mysteries of Zubaida’s past—and the possibilities of a new life. As she witnesses a ship being torn down to its bones, this woman torn between the social mores of her two homes—Bangladesh and America—will be forced to strip away the vestiges of her own life . . . and make a choice from which she can never turn back.