A Harvest of Thorns – Corban Addison

In Dhaka, Bangladesh, a garment factory burns to the ground, claiming the lives of hundreds of workers, mostly young women. Amid the rubble, a bystander captures a heart-stopping photograph—a teenage girl lying in the dirt, her body broken by a multi-story fall, and over her mouth a mask of fabric bearing the label of one of America’s largest retailers, Presto Omnishops Corporation.

Eight thousand miles away, at Presto’s headquarters in Virginia, Cameron Alexander, the company’s long-time general counsel, watches the media coverage of the fire in horror, wondering if the damage can be contained. When the photo goes viral, fanning the flames of a decades-old controversy about sweatshops, labour rights, and the ethics of globalization, he launches an investigation into the disaster that will reach farther than he could ever imagine – and threaten everything he has left in the world.

A year later, in Washington, D.C., Joshua Griswold, a disgraced former journalist from the Washington Post, receives an anonymous summons from a corporate whistleblower who offers him confidential information about Presto and the fire. For Griswold, the challenge of exposing Presto’s culpability is irresistible, as is the chance, however slight, at redemption. Deploying his old journalistic skills, he builds a historic case against Presto, setting the stage for a war in the courtroom and in the media that Griswold is determined to win—both to salvage his reputation and to provoke a revolution of conscience in Presto’s boardroom that could transform the fashion industry across the globe.

Daniel and Vanessa Parker are an American success story. He is a Washington, DC, power broker, and she is a physician with a thriving practice. But behind the gilded facade, their marriage is a shambles, and their teenage son, Quentin, is self-destructing. In desperation, Daniel dusts off a long-delayed dream a sailing trip around the world. Little does he know, the voyage he hopes will save them may destroy them instead.

Half a world away on the lawless coast of Somalia, Ismail Adan Ibrahim is living a life of crime in violation of everything he was raised to believe except for the love and loyalty driving him to hijack ships for ransom and plot the rescue of his sister, Yasmin, from the man who murdered their father. There is nothing he will not do to save her, even if it means taking innocent lives.

Paul Derrick is the FBI s top hostage negotiator. His twin sister, Megan, is a celebrated defense attorney. They have reached the summit of their careers by savvy, grit, and a secret determination to escape the memory of the day their family died. When Paul is dispatched to handle a hostage crisis at sea, he has no idea how far it will take him and Megan into the past or the chance it will give them to redeem the future.

Across continents and oceans, through storms and civil wars, the paths of these individuals converge in a single, explosive moment. It is a moment that will test them and break them, but it will also leave behind an unexpected glimmer of hope that out of the ashes of tragedy and misfortune, the seeds of justice and reconciliation can grow. 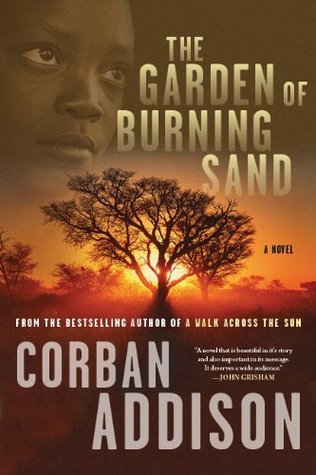 Lusaka, Zambia: Zoe Fleming is a young, idealistic American lawyer working with an NGO devoted to combatting the epidemic of child sexual assault in southern Africa. Zoe’s organization is called in to help when an adolescent girl is brutally assaulted. The girl’s identity is a mystery. Where did she come from? Was the attack a random street crime or a premeditated act?

A betrayal in her past gives the girl’s plight a special resonance for Zoe, and she is determined to find the perpetrator. She slowly forms a working relationship, and then a surprising friendship, with Joseph Kabuta, a Zambian police officer. Their search takes them from Lusaka’s roughest neighbourhoods to the wild waters of Victoria Falls, from the AIDS-stricken streets of Johannesburg to the matchless splendour of Cape Town.

As the investigation builds to a climax, threatening to send shockwaves through Zambian society, Zoe is forced to radically reshape her assumptions about love, loyalty, family and, especially, the meaning of justice.

A Walk Across the Sun – Corban Addison

When a tsunami rages through their coastal town in India, 17-year-old Ahalya and Ghai and her 15-year-old sister Sita are left orphaned and homeless. As they struggle to make sense of the wreckage of their lives, they are abducted by human traffickers and thrust into a hidden world of sexual violence and illicit commerce, where the most valuable prize is the innocence of a child.

Halfway across the world, in Washington D.C., an attorney Thomas Clarke faces his own personal and professional crises. Haunted by the tragic death of his infant daughter and estranged from his wife, he pursues a pro bono sabbatical in India with an NGO that targets the sub-continent’s human traffickers. In Mumbai his conscience awakens as he sees firsthand the horrors of the sex trade and the corrupt judicial system that fosters it. When he learns the fate of Ahalya and Sita, Clarke makes it his personal mission to rescue them, setting the stage for a deadly showdown with an international network of ruthless criminals.